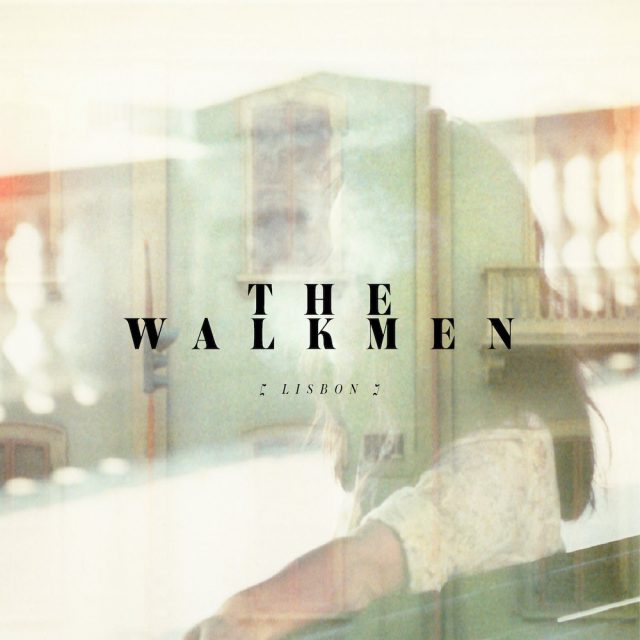 The Walkmen were a New York band. The group’s members hailed from the DC area, but had made their name and their lives in New York City. Three of them — Walter Martin, Paul Maroon, and Matt Barrick — had been a part of Jonathan Fire*Eater, the garage rock band that presaged NYC’s early ’00s retro-rock boom. At the same time, Hamilton Leithauser and Pete Bauer were doing something similar in the Recoys. When both bands collapsed, the five of them founded the Walkmen, a group with New York in its bloodstream. They lived and recorded in Harlem, while several of them paid bills by working at the city’s museums. In their earliest days, they were a major name in a new wave of young acts revitalizing the city’s rock scene, all angular riffs and too-cool aloof demeanors setting out to reclaim a bygone sense of Lower East Side edge.

So, what in the hell were they doing naming an album Lisbon?

The shift had already started. The Walkmen had been a New York band once, but they weren’t anymore. By the time they recorded Lisbon, the band members had spread out — to Philly, to New Orleans — but more importantly they had set their artistic sights further abroad, both in chronology and geography. After their sophomore album Bows + Arrows perfectly captured an urbane dejection and raucousness, the Walkmen began to sketch other vistas. Their appropriately titled third album A Hundred Miles Off at the time received more mixed reviews from fans and critics alike, probably partially due to Dylanesque folk material like “Louisiana” not resonating with those who had been expecting the same NYC grit previously glimpsed in “The Rat.” A fraught recording session, it also marked a nadir in the bands’ own lives.

Then, in 2008, You & Me was a rebirth: The beginning of the Walkmen Part 2, it found them adopting a more elusive and idiosyncratic sound that ultimately gave them staying power beyond their one-time early ’00s peers who drifted away while trying to main the same echoes of post-punk for too long. The Walkmen pivoted to older sounds, stuff that stretched well before their own births — so perhaps it only made sense that they would now turn to the Old World as well.

When Lisbon came out — 10 years ago today — the Portuguese capital was not what it is today. Akin to Iceland, Lisbon has lately become a buzzy (and, by some estimations, overrun) tourist destination as its popularity has ballooned. But when the Walkmen named their fifth full-fledged album in tribute to the foreign city, Lisbon was still a more enigmatic, evocative signifier. The band members themselves had never visited until they were working on these songs; two stays proved restorative as they fought through a million different ideas of what these compositions could become. Other work was completed in New York and, eventually, Dallas with John Congleton, but it’s the atmosphere of Lisbon that still hangs over the album. There was something ancient and worn and mysterious conjured by the album’s title, which was perfect for an album that was haggard and vibrant in equal measure.

Leading up to Lisbon, Leithauser described the album as having more rock songs, and being more spare and muscular in its performance. The band were, for the most part, paring down the arrangements to Barrick’s thrashing drums, Maroon’s languid sunburst guitar lines, and Leithauser’s distinctively grained voice; keys and organ from Bauer and Martin anchored songs that could rupture or meander depending on their mood. “Rock” was a relative term in the context of the Walkmen at this point, and Leithauser’s previews did not entail a return to the more direct outliers of the band’s earlier days. The Walkmen were still firmly in their new headspace, ambling down winding streets and abandoned beachfronts in faraway places.

But there was always a contrast within this band. Well-mannered and ramshackle simultaneously, they sounded like a pristine mess. The music on Lisbon “rocked” in the sense that it sounded like a listless man, tie undone and askew, blinking away the sunrise as he drunkenly stumbled out to face another day. The Walkmen were nothing if not stubborn survivors at this point, their story one of perpetual underdogs amidst different currents of indie trends. As such, everything here was professionally and impeccably articulated while it also sounded on the verge of falling apart at the seams given a moment’s notice.

The album opened with the easygoing stagger of “Juveniles,” which perfectly set the tone of an album that always sounded like mulling over where your life has gone while getting lost on streets that are hundreds of years old. From there, Lisbon boasted a handful of rushing, jangling tracks — some quoting old rockabilly, some surf rock — where you could feel the band’s excitement with this brighter, rawer sound they’d honed in on. There were still moments of the band’s then-customary sense of self-deprecation and frustration; at the time, Leithauser admitted “Victory” might’ve been a bit of a sidelong glance at all the artists who were gaining more tangible success than the tenacious Walkmen. The slower stuff could trace a lot of different dispositions, from the arid lilt of “All My Great Designs” to the humid head fog of “Torch Song.” But ultimately the album closed with the flickering, fried beauty of its title track — a bit of weathered majesty that spoke to the place that fueled the band along the way.

When Lisbon first arrived, the song that was (mostly rightly) hailed as an instant Walkmen classic was its lead single “Angela Surf City,” a cathartic burst that reminded people of the band’s most boisterous, unhinged moments from before. (You can practically hear Barrick bouncing up and down off his drum stool, as he would onstage, in the recording of “Angela.”) It has the raggedness of an old-time-y rock song played with reckless abandon decades later, which is to say it did sum up the best of the Walkmen in this era.

But at the same time, it was matched by “Stranded,” a song that equally represented the album thematically and sonically, though from a completely opposite position. Its elegiac mariachi-tinged horns were one of the only carefully deployed bits of embellishment beyond the core band instrumentation on the album, and they were used strikingly. “Stranded” was the sighing, world-weary centerpiece of Lisbon, a song that sounded like it could’ve existed in some old, received folk form from long ago. If there was a moment of seeming defeat on Lisbon, this’d presumably be it — the sound of a solitary man staring out from the corner of a desolate barroom, halfway around the world but having lost all sense of romanticism. That is, until the horns turn triumphal and Leithauser reminds you, despite it all, that he’s managed to stay starry-eyed.

With Lisbon, the Walkmen had made something great, an album that continued to explore this new and mercurial side of themselves they had uncovered on You & Me. In interviews at the time, you got the impression they felt pretty good about it, too, that this was a rich vein they’d finally tapped — one that allowed them to breathe and sprawl away from the claustrophobic confines of that early ‘00s NYC narrative. But eventually all that world-weariness would seemingly manifest as actual, not-so-philosophical weariness. Two years later, the Walkmen released Heaven, and soon after embarked on what was eventually deemed an “extreme hiatus” that lasts to this day.

The fact that the Walkmen have, at least for a time, quietly faded away heightens the sense of these latter-day albums having a matter-of-fact melancholy, or the feeling that these songs can slip away from you so easily — like tendrils of smoke dissipating in the air, like a friend trailing off into ellipsis as he walks away. At the same time that the three albums making up the Walkmen’s second act were creatively rejuvenated, they all feel like a slow exit. (And while these albums were all critically acclaimed, there is an added sense of poignance to the idea that this band was never quite given their due at the time, but is now fondly missed.)

The Walkmen’s finest moment probably depends on where you’re standing. The shadow of Bows + Arrows remains long, while You & Me seems to sit in the middle and define much of their career, while Heaven was a remarkably assured final statement. For now, though, Lisbon sits as the stranger middle chapter in that second trilogy of albums, a document of a stridently unique rock band taking several detours off the beaten path. Ten years later, it sounds like one of the finest relics of indie rock at the dawn of the ’10s, but also a fine relic from someplace much more unknown.

Svalbard – When I Die, Will I Get Better?