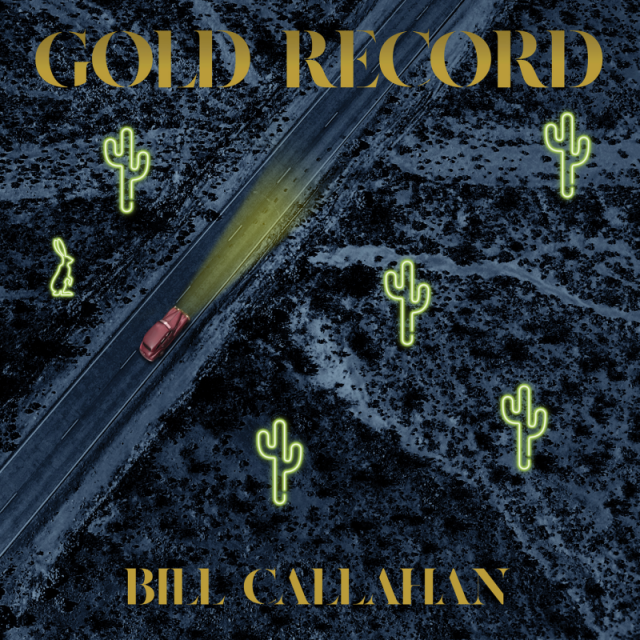 “Hello, I’m Johnny Cash.” These are the first words out of Bill Callahan’s mouth on Gold Record, his newly announced follow-up to last year’s Shepherd In A Sheepskin Vest. We learned of this album’s existence last week, which was surprising because last time Callahan took six years between albums, and now he’s turned one around in just about 15 months. Upon announce, we also learned FKA Smog would be sharing one track from Gold Record each Monday until the album drops in early September.

“Pigeons,” the album’s first song, is also the first to be released to the public. It begins with that Johnny Cash pump fake and proceeds into a gently swaying reflection of marriage from the perspective of a limousine driver assessing the prospects of the newly hitched couples he’s been charged with driving around. “Well the pigeons ate the wedding rice and exploded somewhere over San Anton…io,” Callahan sings. “I picked up the newlyweds and asked them where they wanted to go/ They said, ‘We don’t know, we don’t care, anywhere — just go.'” The lyrics are just as good from there. He later opines, “When you are married, you’re married to the whole wide world/ The rich and the poor/ The sick and the well/ The straights and the gays/ And the people that say, ‘We don’t use those terms these days.'” The man is a treasure.

Gold Record is out 9/4 on Drag City. Pre-order it here.