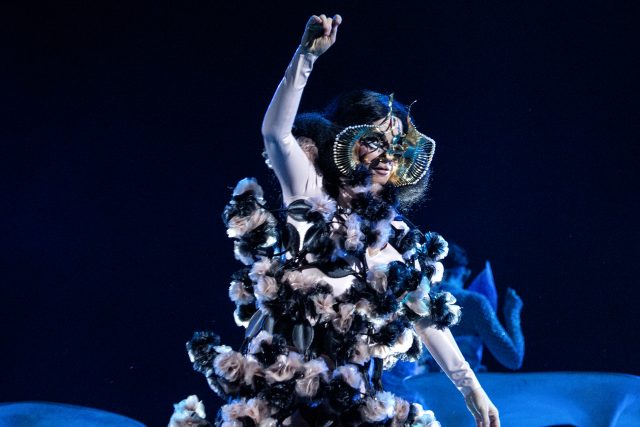 While the United States is reopening but still very much in the midst of the COVID-19 pandemic, Iceland has pretty much recovered. Public pools, restaurants, and gyms are all open again. And soon, Björk will be playing actual concerts in front of actual human beings.

That’s right: Björk has announced three special matinee performances in association with Iceland Airwaves to raise money for an Icelandic women’s shelter. And although the shows are being livestreamed, they will also have real live audiences at Reykjavík’s Harpa Hall on 8/9, 8/15, and 8/23.

The shows, billed as Björk Orkestral, will feature Björk collaborating with members of the Icelandic Symphony Orchestra, flute septet Viibra, Hamrahlíð Choir, and special guests to play her arrangements without electronics or beats. Each concert will have a different setlist.

Read a note from Björk about the concert series below:

i would like to invite you to some concerts

i recorded almost all of my albums with local musicians :

together they are over hundred people !!

the concerts will be in the afternoons and will also be streamed live online, where there will be an option to donate to the icelandic women’s shelter – which supports women of all origin in iceland

for those attending in person, after the concert we will be offering food to raise money in support of this charity

let´s all humbly learn together

Tickets will be available for pre-order here starting 7/2, with the general sale beginning a day later.