The Week In Pop 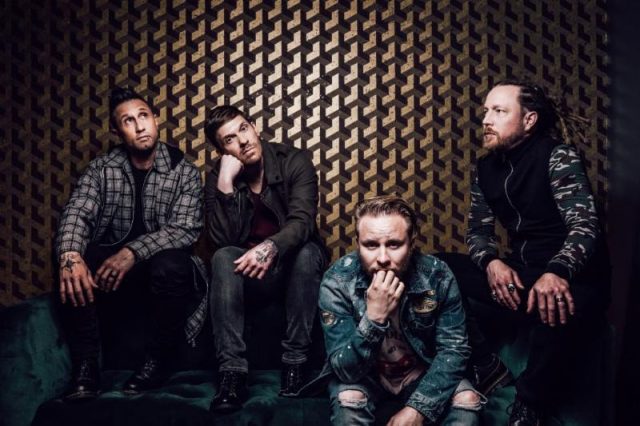 Filter bubbles are real. Particularly in the social media era, we are all trapped inside a likeminded feedback loop of our own making. I think we all recognize this on an intuitive level, but sometimes a reminder that you inhabit a bespoke cultural silo will come along and smack you in the face. Recently I had such an epiphany upon learning about the pervasive longterm success of Shinedown, a band whose music I have never once listened to despite making my living writing about music. Or at least, I’d never heard a Shinedown song before sitting down to write this article. Have I heard hella Shinedown songs now? [Insert the gnarly pentatonic guitar riff from Collective Soul’s “Shine”] Yeah.

Shinedown hail from Jacksonville, Florida, home of the Jaguars, the 2020 Republican National Convention, Lynyrd Skynyrd, and The Good Place’s Jason Mendoza. They’ve been going strong since 2001, when Atlantic Records dropped lead singer Brent Smith’s band Dreve but let Smith keep his record deal and form a new band. (Sucks to be Dreve!) Smith moved from Knoxville to Jacksonville, recruited new bandmates, and by 2003 Shinedown had released their debut album Leave A Whisper. They came out of the gate with “Fly From The Inside,” a dramatic post-grunge/nu-metal hybrid that cast Smith’s voice — a powerful instrument that can pull off hearty bellows and searing howls like late Alice In Chains singer Layne Staley — against gargantuan power chords and moody atmospherics. It was a hit, the first of many.

Fast forward 17 years: The group just notched its 27th top 10 single on Billboard’s Mainstream Rock chart, breaking a tie with Godsmack and placing them just one hit shy of fellow northern Florida rocker Tom Petty’s all-time record. (Florida: America’s rock capital?) Verily, no Shinedown single has ever failed to reach the top five of this particular chart, a plane their current hit “Atlas Falls” (#8 and rising) also seems destined to reach. This latest song is more inspirational in tone, a coronavirus-era power ballad with some electronic fringe and a generic message of perseverance, but the guts of the group’s music remain unchanged after all these years. Their formula is decidedly not broke, and they are definitely not fixing it.

Not that Shinedown have come this far without adjusting their aesthetic at all. Over the years they’ve scored hits by tweaking the particulars around their butt-rock fundamentals to evoke all sorts of hard-rock hit-makers. LP2 singles “Heroes” and “Save Me” channeled Soundgarden and Staind respectively. More recent offerings “State Of My Head” and “Devil” were cyborg jock jams from the Imagine Dragons phylum. “If You Only Knew” was like Tonic’s “If You Could Only See” backed by a thwacking Linkin Park boom-bap beat, while “The Crow & The Butterfly” was a far less campy nod to the same glammy influences that inspired Spacehog’s “In The Meantime.” They’ve incorporated both “Can I get a witness!” and “Throw your hands in the air!” into burly riff-rockers. The bombastic “Bully” is like “We’re Not Gonna Take It” crossed with Loudmouth’s “Fly,” a lost rock radio relic from 1999; knowing about it proves I only just barely stopped listening to rock radio before Shinedown popped off.

For a moment there in 2009 you could hear Shinedown on Top 40 radio as well. Their biggest hit ever was “Second Chance,” an impassioned string-laden anthem that pushed their sound about as far into the pop realm as it will go. Built around the phrase “Sometimes goodbye is a second chance,” it’s sort of like the Train version of a Fuel song? An expert triangulation of Nickelback and Maroon 5? Whatever recipe they used to cook it up, shit was potent: “Second Chance” went all the way to #7 on the Hot 100, a feat few rock bands in recent memory have pulled off. (Because it cracked the top 10, I asked my colleague Tom Breihan of The Number Ones fame to assign it a number rating; he bumped it up from a 5 to a 6 on the strength of the bridge, which strikes me as extremely generous.)

How could a band be so dominant within one milieu and not make a peep within my own personal sphere? Some of it has to do with target marketing. Shinedown’s music seems designed for a particular hyper-masculine military-friendly red-state demographic that, despite being a suburban Christian dad from Ohio, really ain’t me. One of their earliest hits was a reverent acoustic cover of “Simple Man” by their Jacksonville forebears Skynyrd. “Sound Of Madness,” with its snarling Southern stomp and threats of “a shotgun blast, a kick in the ass,” was the musical embodiment of a Don’t Tread On Me flag. You could mistake “Get Up” for the kind of contemporary Christian rock band whose sets take detours into worship music. They had a song called “Diamond Eyes (Boom-Lay Boom-Lay Boom)” on the soundtrack to Sly Stallone’s Avengers-style aging-action-star The Expendables. And while we Shinedown newcomers might mistake “45” for a tribute to President Donald J. Trump, it’s actually a slow jam from way back in ’03 that refers to “staring down the barrel of a 45.” At least the gun reference fits the profile.

If Shinedown’s music isn’t aimed at me, I also have been actively shielding myself from this kind of thing for about as long as they’ve been a band. As I discussed while explaining how I discovered Badly Drawn Boy at a P.O.D. concert, my taste veered sharply away from mainstream rock in my high school years, just before the nu-metal brigade led by Korn and Limp Bizkit gave way to a post-Creed barrage from the likes of Disturbed, Breaking Benjamin, and yr bois Shinedown themselves. This was music for farm boys who were born to rassle, whereas I was the kid who broke my collarbone by getting pinned too hard on wrestling day in middle school gym class. I ran like hell away from that American-patriot-who-dresses-like-a-meth-dealer-in-a-Broadway-musical scene toward music that better jibed with my nerdy and introverted personality.

Maybe this would have happened had I come of age in any era but was certainly exacerbated by the dour turn modern rock took after 9/11. I can recognize the musicality and dynamics that power this music — any artist that can endure as a radio mainstay for more than a decade clearly has some kind of pop instincts — and I’m self-aware enough to recognize my own vulnerability to other musical trends and formulas more suited to my taste. I congratulate Shinedown on their longstanding success and wish them well in their future endeavors. On the other hand, this stuff suuuuucks soooooo baaaaad, doesn’t it? How can there be so many people whose gut reaction to this band is to smash that play button one more time? It makes me want to perish, or puke, or at least plug my ears. As someone who desires to know as much as possible about a broad spectrum of popular music, I’m glad to have gained a Shinedown education. But I think I’ll crawl back into my filter bubble now. 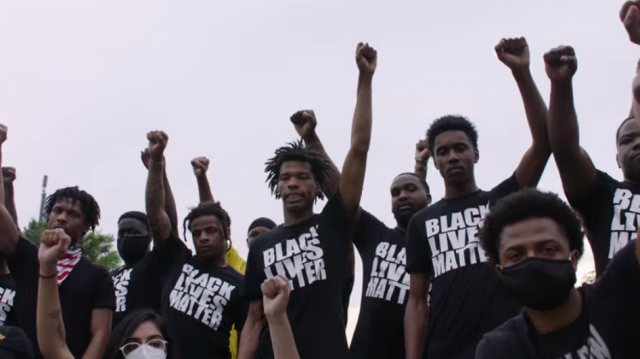 Lil Baby remains an unstoppable force on the Billboard charts. For a fourth nonconsecutive week and third in a row, the Atlanta rapper’s February release My Turn sits atop the Billboard 200. Only the Weeknd’s After Hours has spent that many frames at #1 this year. Per Billboard, My Turn tallied 70,000 equivalent album units, almost all of it via streaming. In another era, 51,000 in sales would have made Bob Dylan’s Rough And Rowdy Ways this week’s champion, but Dylan instead debuts at #2 with 53,000 units total — still good for his best chart placement since debuting at #1 with 2009’s Together Through Life.

Bolstered by the release of its deluxe edition, A Boogie Wit Da Hoodie’s Artist 2.0 shoots back up to #3 this week. It’s followed by releases from DaBaby, Post Malone, Lady Gaga, and Drake. Teyana Taylor’s The Album debuts at #8 with 32,000 units, her first top-10 album. Lil Uzi Vert and Polo G round out the top 10.

Over on the Hot 100, DaBaby and Roddy Ricch’s “Rockstar” returns to #1 for a third nonconsecutive week. It was briefly unseated last week by the chart-topping debut of 6ix9ine and Nicki Minaj’s “Trollz,” which plummets to #34 in its second week — the biggest dropoff ever after a #1 debut according to @chartdata. At #2 and #3 respectively are former leaders “Savage” by Megan Thee Stallion and Beyoncé and “Blinding Lights” by the Weeknd. SAINt JHN’s “Roses” reaches a new #4 peak, followed by Justin Bieber and Quavo’s “Intentions” at #5.

Following Doja Cat’s “Say So” at #6 and Lil Baby’s “The Bigger Picture” at #7 comes a new #8 peak for Jack Harlow’s “What’s Poppin,” making it Harlow’s first top-10 hit. Also crashing the top 10 for the first time is Lil Mosey’s “Blueberry Faygo,” which climbs to a new #9 this week. Rounding things out at #10 is Post Malone’s deathless “Circles,” which extends its record to 39 total weeks in the top 10.

Doja Cat – “Unisex”
It’s sad that we’ll never know if this song flops because it’s bad or because Doja was in the racial chat rooms showing feet.

Charlie Puth – “Girlfriend”
Charlie: Drop the album! Everyone else: Bask in our boy’s peerless effervescence.

Blackpink – “How You Like That”
I love how this towering Voltron of trap-rave-era rap and EDM now qualifies as girl group music.

Sam I – “Don’t Give Up” (Feat. Sia, Busta Rhymes, & Vic Mensa)
On the other hand, this cyborg pop-rap makes the future feel extremely disappointing.

swerving my tesla across 3 lanes of traffic pic.twitter.com/HX7OAUjHHi