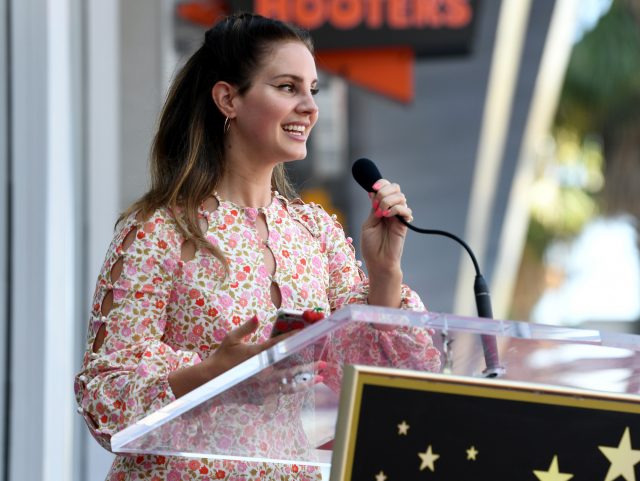 Earlier today, Lana Del Rey posted a statement on her Instagram account in which she announced a new album (that she says will be out 9/5) and said that she was fed up with critics who say that she glamorizes abuse in her music. She called out a bunch of artists by name (“Doja Cat, Ariana, Camila, Cardi B, Kehlani and Nicki Minaj and Beyoncé”) that, per her, “have had number ones with songs about being sexy, wearing no clothes, fucking, cheating, etc.”

Lana Del Rey has responded to the fallout over the post with some comments on the post in question, which she then re-posted to her Instagram Story. “Bro. This is sad to make it about a WOC issue when I’m talking about my favorite singers,” she wrote, continuing:

I could’ve literally said anyone but I picked my favorite fucking people. And this is the problem with society today, not everything is about whatever you want it to be. It’s exactly the point of my post — there are certain women that culture doesn’t want to have a voice it may not have to do with race I don’t know what it has to do with. I don’t care anymore but don’t ever ever ever ever bro- call me racist because that is bullshit.

And in another one: “And my last and final note on everything — when I said people who look like me — I meant the people who don’t look strong or necessarily smart, or like they’re in control etc. it’s about advocating for a more delicate personality, not for white woman — thanks for the Karen comments tho. V helpful.”

The fallout included a Bossip headline that read: “The Karen JUMPED Out: Lana Del Rey Calls The Manager On Beyonce, Nicki Minaj And More…Gets Miracle Whipped To Saltine Smithereens.”

Lana also posted another Instagram with the hashtag #fuckoff. 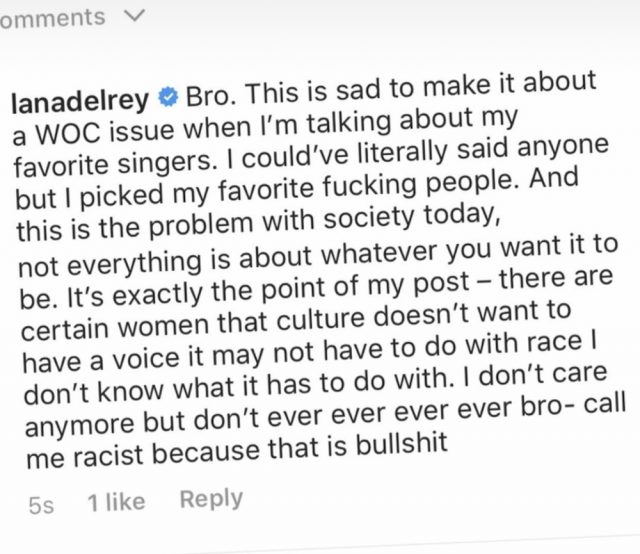 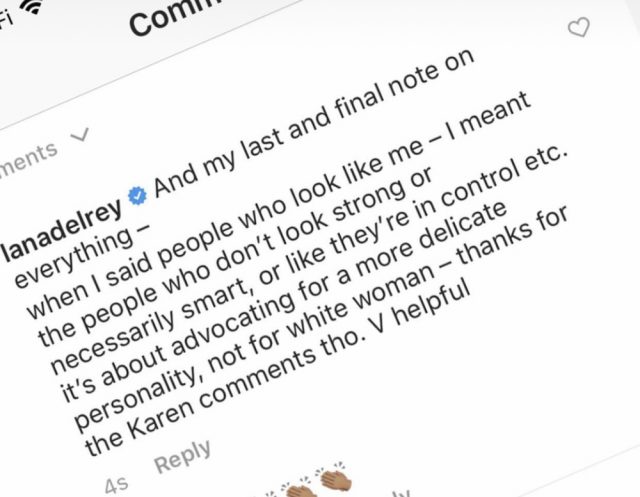 Carly Rae Jepsen – Dedicated Side B